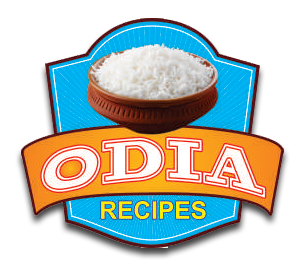 The risk of Covid pandemic is not yet over. Let's stay safe and follow the preventive protocol.

Enduri, or Haladi Patra Enduri, as it may be called is closely associated with the food traditions of Odisha. Enduri is usually prepared in Odia homes on the occasion of Prathamastami Puja. Otherwise it also is used as an occasional snack in Odia homes. The uniqueness of this recipe lies in the aroma of turmeric leaves which gets blended into the pitha. However the problem is in finding turmeric leaves to prepare this recipe. In case of non-availability of turmeric leaves, you may use plantain leaves (kadali patra/ kela patta) as an alternative.

Soak rice and blackgram together for about 4 hours. Use only the skinless blackgram for the purpose. Wash the same thoroughly and then grind into a thick batter. It need not be a very fine paste. Grind leaving a little coarseness in the rice. Whip well. Leave the batter for fermentation for about eight hours. Add salt and mix well. Now to prepare the stuffing, place a frying pan on medium flame. Put the scrubbed coconut, cottage cheese and jaggery. Stir and fry the same till it becomes a little dry. Then add powdered cardamom and blackpepper. Mix well and keep aside. Now to prepare the pitha,take one whole green turmeric leaf (If the leaf is of bigger size you may trim it). Put a little batter on the leaf and flatten the same. Then put the required quantity of stuffing on the batter and fold the turmeric leaf lengthwise in such a way that the stuffing gets sandwiched in between two layers of batter. Tie a thread around the folded leaf to keep it secured. Now we are going to steam it in the traditional way. It is similar to the way we steam idli. But the round shaped moulds found in the idli makers may not fit. Because our Pitha is long shaped. So if you are using an idli maker please make suitable modifications. Other wise to follow an age-old Odia method take a wide mouthed pot. Fill it up to half with water. Then tie a muslin cloth tightly around its mouth. Carefully place the tied leaf containing stuffed batter on the cloth. Cover it with a concave shaped lid. Steam it till done and fork comes out clean. This way go on steaming Pithas one after another. The delicate aroma of turmric leaf is a special feature of the pitha. In case of non-availability of green turmetic leaf, you could also alternatively use plantain leaf. But in that case the aroma of turmeric leaf would be missing.

You may also see a video of this recipe at the following link. However In the video of the recipe, we have prepared Enduri Pitha without cottage cheese, and sugar has also been used instead of jaggery. The stuffing has also been prepared without frying it. This makes it easy.

Video of the Recipe

- "Wow! It brings to memory the enduri made by my mom in prhamastami puja."

- "Someone told me this Enduri is also found in Kerala. They call it by some other name, though."